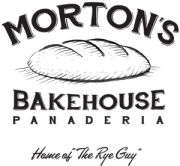 Know a little about Morton’s path

A Journey in Bread-making

Morton Rabkin, a retired attorney from Cincinnati, OH, moved with his wife Barbara to Boquete, Chiriqui, Panama in 2008. A dedicated bread baker, he turned his passion into a post-retirement vocation as the founder of Morton’s Bakehouse – an artisan bakery, baking school and art gallery, in the delightful coffee growing highlands of western Panama.

How did Mort discover his passion for baking? He had tasted a delicious chocolate babka baked and served by a family friend at a dinner party in Cincinnati, OH. His curiosity was piqued and he decided that night to learn how to make artisan bread. From that memorable experience, he embarked on a wonderful journey to learn all that he could about the art of baking fine bread.

Moving to Boquete in 2008, Mort brought his baking equipment to make bread, never knowing what would eventually transpire. He built a clay oven in which he could bake up to 6 loaves of bread at a time, using the local coffee wood for fuel.

Mort began to take his 6 loaves of Jewish rye bread – then 12 loaves, and then more – to Boquete’s weekly artisan market, where the bread was well received. He became known as “The Rye Guy.” People asked if he would teach them how to make bread, thus beginning his baking classes. Over the years, Mort taught hundreds of students, adults as well as children, locals as well as visitors, and was delighted to learn about their successes.

In 2013, he decided that, at age 76, he was ready to open a bakery/baking school. Thus was born Morton’s Bakehouse.

Mort was blessed with wonderful friends and fellow bakers who taught him much and encouraged him on his path. For this, he was truly grateful and also for the generous support of friends who became customers, and customers who became friends.

Mort passed away suddenly in Boquete in April 2016.

Today, the bakery strives daily to be a living legacy of Mort’s fine artisan breads and pastries. Since his passing, the bakery turned Kosher, offering many Vegan options and has expanded its reach throughout Panama, taking that artisan flavor beyond Boquete. Tours of “bread making” are still offered at Mort’s – definitely a “must stop” for locals and visitors.

Come visit us! You will be delighted!